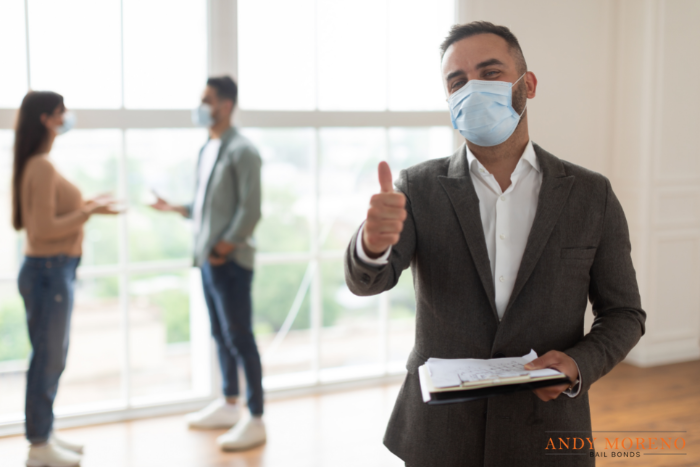 One of the decisions you’ll have to make following an arrest is whether to make bail or to remain in a jail cell. The higher your bail is set, the tougher the decision becomes.

If you don’t make bail, you will remain incarcerated until the conclusion of your case. Just how long that takes will depend on whether you decide to accept a plea deal shortly after you’re arrested or if you opt to let your case go to trial. If you decide to go to trial, you could be in jail for several long months.

The Advantages of Paying Bail

There are several reasons why you should seriously consider making bail. The most obvious reason is that instead of staying in jail, you’ll be out of jail and able to sleep in your own bed. Other advantages associated with making bail include:

One of the advantages few people mention when it comes to deciding if you should make bail or stay in jail is that you decrease the risk of doing something that could incriminate yourself. The longer you’re in a jail cell, the greater the odds become that you could accidentally say or do something that a fellow inmate could see and report to the prosecutor, making the case against you that much stronger.

What if you Don’t Have Bail Money

The higher your bail is set, the harder it becomes for you to finance your bail. That’s where Andy Moreno Bail Bonds in Porterville comes into the picture. In exchange for a fee that amounts to just 10% of the required bail, we’ll post a bail bond for you. As soon as the paperwork goes through, you’ll be free to go.

We have been serving California for several decades. We’ve helped countless people just like you post bail and enjoy life while they wait for the conclusion of their case. Reasons you should contact us when you need a California bail bond include:

Are you worried that by not posting bail you’ll have to spend months in a jail cell? The best thing you can do for yourself is to contact Andy Moreno Bail Bonds in Porterville. We’re ready and willing to answer all of your questions.

Simply call 559-685-1282 or click Chat With Us now for an obligation-free consultation. 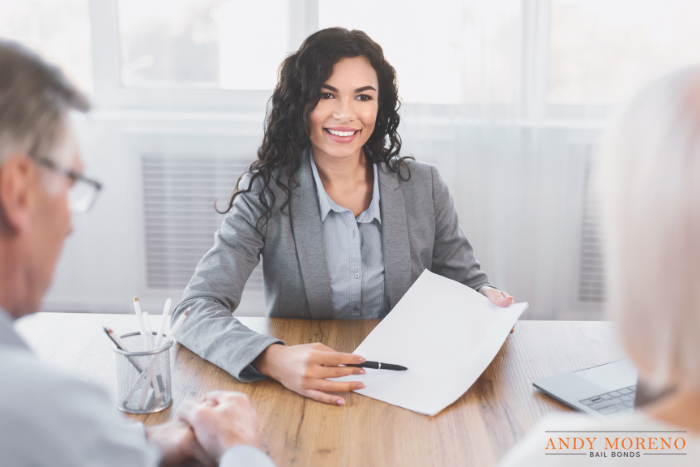 If you’re someone who is currently stressed about filling out reams of contracts just to get a loved one bailed out of jail, you can relax. We understand exactly how daunting paperwork is and want to help.

Very few people have experienced bailing a loved one out of jail. One of the worries many people talk about when they contact us about the possibility of getting a bail bond for a recently arrested loved one is the amount of paperwork they expect to fill out. Many are worried because they don’t like dealing with paperwork, are concerned about how difficult the paperwork is to understand, and are scared that they won’t get it filed properly with the court.

When you work with Andy Moreno Bail Bonds in Porterville to get your loved one bailed out of jail, the only paperwork you have to worry about is our extremely simple, easily understood contract. We’ll handle everything else.

Once you’ve signed a contract with us, we take care of everything else. Not only do we write the bail bond, but we deliver it to the courthouse, confirm exactly what terms and conditions your loved one must adhere to while they are out on bail, and make sure that everything is properly processed. At this point, the only thing you have to worry about is getting your loved one home. You won’t believe how simple and low-key we have made the process.

Andy Moreno Bail Bonds in Porterville goal is to make this entire process as low-stress as it can be. That means from the moment you contact us, we keep things calm, simple, and easy. Since we’re available 24/7 you can get your questions answered any time of the night or day. All consultations are free. During the consultation, you’ll speak with an actual experienced bail bond expert, not some computer chatbot that merely sends you in a circle. Every single consultation is free and we’ll never pressure you into making a hasty decision. We want you to be comfortable using us as a bail bond agency.

We have been serving California for several decades. Over the years, we have developed an outstanding reputation for being easy to work with. There are several reasons you should turn to us when you need help bailing a loved one out of jail. Those reasons include: