What Should You Do if You Hit an Animal on the Road in California? 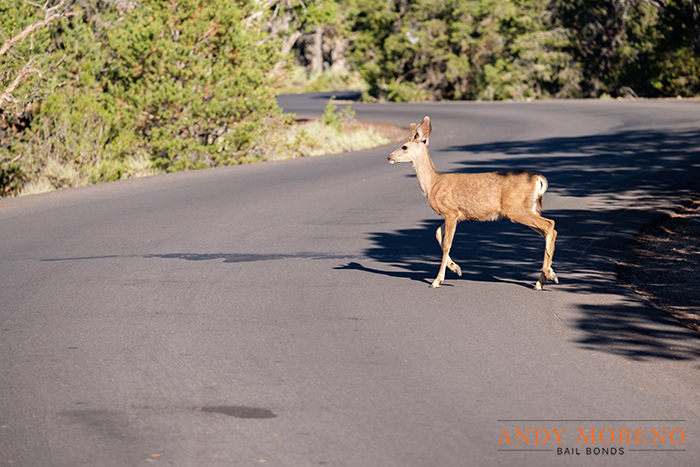 21 Jul What Should You Do if You Hit an Animal on the Road in California?

Car vs. animal accidents are all too common in the United States. It’s estimated that cars striking animals results in 29,000 injuries to people and 200 human fatalities. Insurance companies payout billions of dollars in animal-related claims every single year. Many of these accidents happen in California.

In most cases, there is nothing you can do to avoid hitting the animal. Dogs, raccoons, rabbits, and deer often dart across the road with no warning at all. While you can hit your brakes, the last thing you want to do is swerve, which can often make a bad situation even worse.

Once you’ve gotten over the shock of striking the animal, you have to decide what to do with it.

The first thing to do is get yourself off the road. Pull well onto the shoulder and quickly assess yourself and your passengers and make sure no one is hurt. If someone was injured, contact 911 right away and arrange for an ambulance to pick up the injured parties.

Next, you want to call the local police department. While it’s okay to get out of the vehicle and see if the animal you accidentally struck is alive, you don’t want to touch them. Animals who have been struck by a vehicle don’t always behave in a sensible manner. They might not understand that you’re trying to help them.

When the police arrive they will help you decide what to do about the animal. In most cases, the best options are taking the animal to an emergency veterinarian or euthanizing the suffering animal. If you’ve struck a pet, the police should be able to help you track down the owner or at least let you know what shelters to alert.

Make sure you get a police report. You’ll need it when you file a claim with your auto insurance company.

In terms of who is financially responsible for the damage done to your vehicle in an animal/vehicle incident, the answer varies depending on what type of animal you struck. In the case of wildlife, it’s usually the state that accepts the blame. In the case of pets and livestock, the animal’s owners are usually to blame because they failed to properly contain the animal.

There are some exceptions to who is to blame for animal/vehicle accidents. If an investigation reveals that you were driving too fast for the conditions, were under the influence, or were looking at your cell phone rather than paying attention to the road, the police report could indicate that you were to blame which could cause the insurance company to deny your claim.

Car/animal accidents are dangerous which is why it’s important to remain alert while driving.