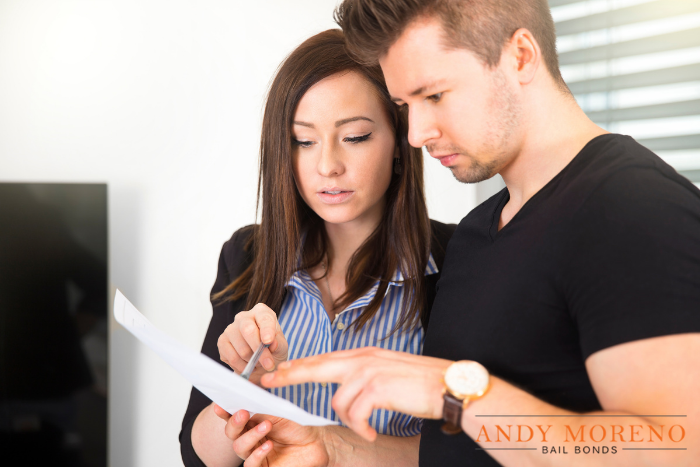 The Rules You Must Follow While Out On Bail

Bail is a great thing. Bail works as a financial promise between yourself and the judicial system. In exchange for you paying a predetermined amount of money to the court system, you’re released from jail and allowed to resume your life.

The availability of bail bonds makes the situation even easier. If you don’t have enough money to cover the entire amount of requested bail, you can turn to Andy Moreno Bail Bonds in Porterville. In exchange for a fee that adds up to just 10% of the required amount of bail, we’ll post a bail bond for you.

While being out on bail is certainly more liberating than spending months locked in a tiny jail cell, it’s also not the same as being able to do whatever you want. There are a few rules you have to follow while you’re out on bail.

The biggest rule you must follow is that court appearances are mandatory. Attending each and every court appearance must be the biggest priority in your life when you’re out on bail. Missing a single one is a massive violation. Not only will you be charged with failure to appear, but bail will also be revoked and you’ll be returned to jail.
Be a Model Citizen.

It’s important that you’re on your absolute best behavior while you’re out on bail. One of the rules is that you’re not allowed to be near any criminal activity while free on bail. This means not doing anything that will attract police attention. If you have friends who are known to the police or who routinely encourage you to engage in less-than-ideal behavior, you’ll need to neglect them, at least until your court case is settled.

Your Travel Will Likely Be Restricted

The biggest concern everyone has when it comes to bail is that the defendant will disappear or flee. One of the best ways the system has to prevent that from happening is by putting you under travel restrictions until the resolution of your case. If you need to travel out of the county you will need to check with both the court and your bail bondsman. In addition to knowing where you’re going, they’ll want to know how long you’re going to be gone, why you need to travel, and precisely when you’ll be home.

Some people are put on such tight travel restrictions that they have to wear a GPS monitor while they’re out on bail.

These are the main conditions of bail. It’s possible that the judge will put additional limitations on you. Pay careful attention to what the judge says during your bail hearing. If you have any questions, your bail bondsman will be happy to provide answers. 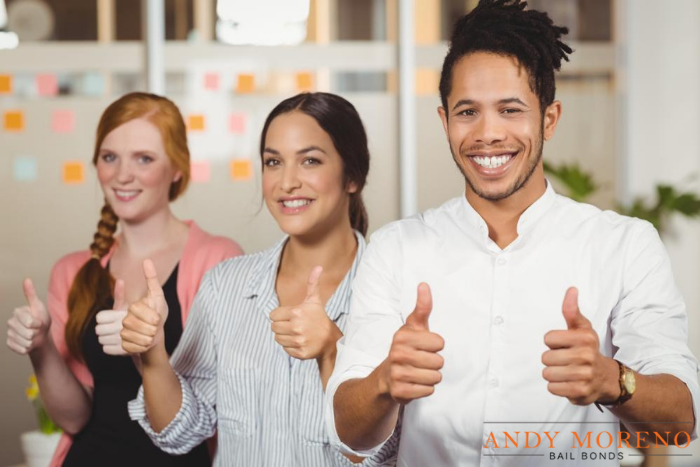 The bail bonds business is just like any other industry. There are several high-quality bail bonds agencies that want to help you get out of jail. There are also a few that are happy to run a scam.

The good news is that there are some things you can do to help you sort the wheat from the chaff.

The best way to learn about a bail bonds agency is by asking around. Talk to members of law enforcement and anyone you know who has been arrested. Ask who they recommend, who they think you should stay away from, and why they feel that way. Don’t be surprised when several people recommend the same bail bonds agency.

The next thing to do is look at the type of fees different local bail bonds agencies charge. The most you should be asked to pay is 10% of the required bail. That’s the standard rate. Some reputable bail bonds agencies will offer a discount to certain people such as military members and individuals who have retained a private attorney. It’s also likely that in cases involving a high bond, the client will be asked to put up some form of collateral. However, when it comes to the nonrefundable fee, you should never be asked for more than 10%.

Next, you’ll want to contact the bail bonds agency. A good agency will offer a free consultation. This consultation should be with a real person, not a virtual chatbot. In addition to providing you with basic information about the company and how the California bail bonds program works, the individual you’re chatting with should take the time to answer your questions. Remember, bail bonds are a business and you’re a customer. You have every right to expect outstanding customer service.

Don’t simply assume that because someone tells you that they run a bail bonds agency that they are actually a reputable business. Every single day, we hear horror stories about people who have been taken advantage of by a bail bonds agent who ultimately turned out to be a con artist. The best way to make sure you’re dealing with a reputable firm is to ask for information about their business license and insurance.

When it comes to a California bail bond, you can’t go wrong when you choose Andy Moreno Bail Bonds in Porterville. There are several reasons we’re the first call people make when they need a bail bond. These reasons include: