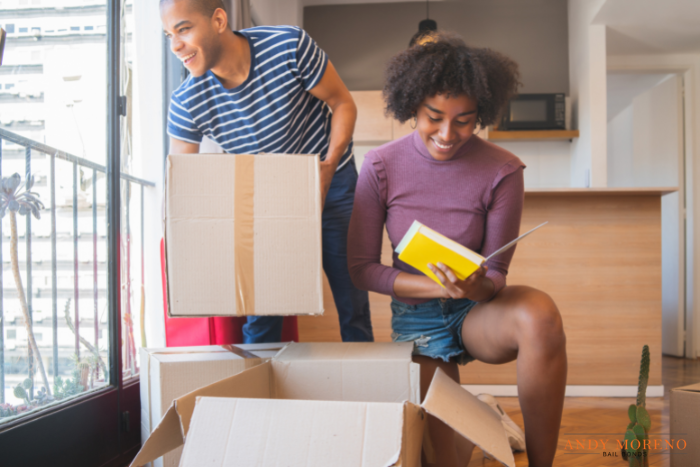 Get Bailed out of Jail Sooner Rather than Later

Getting arrested is always a surprise. The problem is that since you didn’t know you were going to be arrested, you didn’t have time to get things ready in advance. Now you have pets at home that want to be fed, an employer who wants to know when you’ll be back to work, and a bank account that won’t add money to itself.

Worse of all, you have the ability to go free. All you have to do is pay the bail. The only problem is that you simply don’t have access to the amount of money needed to post your bail.

That’s where Andy Moreno Bail Bonds in Porterville enters the picture. When you contact us and take advantage of our completely free bail bonds program you’ll discover that applying for and qualifying for a bail bond is extremely easy. Most importantly it’s your best bet for getting out of jail and back home sooner rather than later. The odds are really good that we’ll be able to get you out on a bail bond long before your loved ones are able to scrape together enough money to help you out.

Don’t be afraid to contact the Andy Moreno Bail Bonds in Porterville agency. We’ve been helping people exactly like you for a few decades now and can assure you that you have nothing to worry about. We’ve done everything possible to make the process as smooth and stress-free as it can be. This starts with our consultation process.

It doesn’t matter if you decide to contact us via phone or the online chat link, you will connect with a real person, not a virtual assistant. In addition to being real, the person on the other end of the chat is an experienced California bail bonds expert who can answer all of your questions and get you started on the application process. They won’t judge you. They won’t make you feel guilty. The only thing they’re interested in is reuniting you with your loved ones.

There are several reasons you should contact Andy Moreno Bail Bonds in Porterville sooner rather than later. These reasons include:

We’re ready and waiting to write a bail bond for you. The sooner you contact us, the sooner you’ll be released from jail! Feel free to call 559-685-1282 or click the Chat With Us now link.

Can a Judge Raise Bail?

In most cases, once bail has been officially set, it doesn’t change. While that’s how most casework, every once in a while a defendant will post bail or a bail bond and be released from jail. In the days following their release, they’re notified that the judge has increased their bail.
On the rare occasions, this happens, it’s extremely important that the defendant doesn’t merely brush the notification off as some weird mistake, but contacts the court right away. If the higher bail amount isn’t met, the defendant will have to return to jail.

The good news is that while a judge does have the power to raise bail after it’s been set, that’s not something they do at the drop of a hat or because they’ve had a bad day. They usually have what they consider a good reason for raising the bail.

The Victim is Experiencing Health Complications

If the charges are for something like assault, attempted murder, and even some vehicular offenses, such as DUI, and there is an injured victim, the judge will pay attention to the victim’s health. If their condition worsens, there’s a good chance that the bail will be increased and additional charges filed.

Criminal history plays a huge role when the judge is determining bail. Sometimes a defendant’s entire criminal record isn’t available during the bail hearing. If for some reason there is a delay before the judge sets bail, it could be enough to inspire them to raise the bail a few delays after you were released.

You’re Considered a Threat to Society/Victim

If word gets back to the judge that you’re not strictly adhering to the terms of your bail and are doing things like getting too close to the victims or that could be a threat to society, they will either decide to raise your bail or they will revoke it completely.

If you or one of your loved ones has been arrested, you want to contact Andy Moreno Bail Bonds in Porterville. We’ve been helping people like you with bail for several decades. We’re available 24/7. Simply call 559-685-1282 or click the Chat With Us Now link.