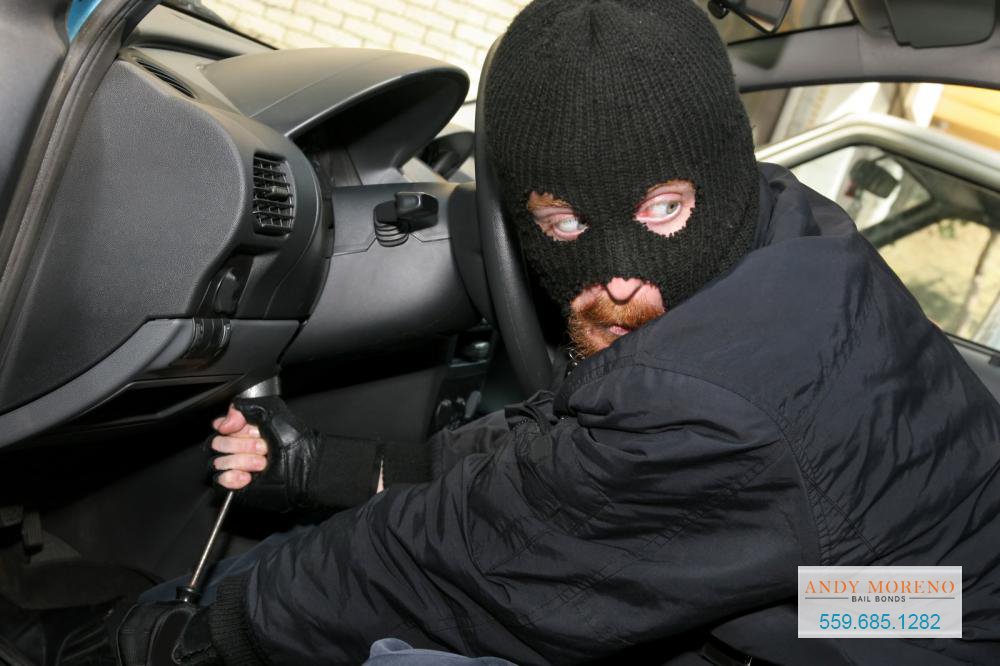 Cars are very expensive, but very useful to have. Owning a vehicle allows a person to go to work, run errands, and perform all sorts of other activities on their own schedule. They don’t have to rely on busses and other people to drive them around. It is very freeing to own a vehicle.

However, cars are not a cheap investment. They cost several thousands of dollars, which is why car owners try their best to take care of their investments. Unfortunately, there are people out there who would rather take someone else’s car than buy one themselves. Depending on how they take the car, they could get into all sorts of trouble.

Here in the state of California, there are all sorts of laws regarding car theft. The laws vary on how the car was stolen, and the intent behind the theft. Some of the big car theft laws include: grand theft auto, carjacking, and joyriding.

Carjacking is similar to grand theft, however it is its own unique crime. Under PC 215, carjacking is defined as forcefully taking a vehicle from the owner’s immediate presence. Basically, this means taking the car from a person as they are driving it, or getting into it. The person often uses force or fear to get the vehicle in these instances, making the crime more violent.

Joyriding is its own crime as well here in California. Vehicle Code (VC) 10851 defines joyriding as taking someone else’s car without their permission regardless if they intended to simply borrow the car, or keep it for themselves.

Depending on how a person stole the vehicle, determines which law they broke and therefor what consequences they face.

If a person breaks PC 487, they will likely face felony charges. While the crime is a wobbler here in California, which means it could be charged as a misdemeanor or felony, the crime is typically charged as a felony. The penalties of felony grand theft auto are:

Since carjacking includes taking a vehicle through force or fear, it is considered a violent crime. This means that PC 215 comes with felony charges. The penalties for breaking this law include:

A person faces these punishments for each victim that was in the car at the time of the carjacking. In addition, there are other enhancements that can increase the penalties, such as whether or not one of the victims suffered great bodily injury or if the accused is a gang member.

Joyriding under VC 10851 is a wobbler offense. This means it can either be charged as a misdemeanor or as a felony. As a misdemeanor, the crime comes with the following consequences:

As a felony, a person faces the same max fine, but an increased jail stay of one of the following lengths:

If a person has prior joyriding convictions, or “borrowed” an emergency service vehicle such as a police car, firetruck, or ambulance, then they can face the following charges:

Cars are a pretty big deal to a lot of people, and as such, a person shouldn’t take them without permission. Stealing a car can get a person into a whole lot of trouble, especially if they do so in a violent manner. Depending on how a person stole a vehicle, what vehicle they took, and whether or not they have any priors, a person can very quickly find themselves in a heap of trouble.

What do you think of the state’s various car theft laws? Were you surprised there were so many variations? What about the consequences for each crime, are they reasonable, or do they some need adjusting? Let us know what you think in the comments down below.