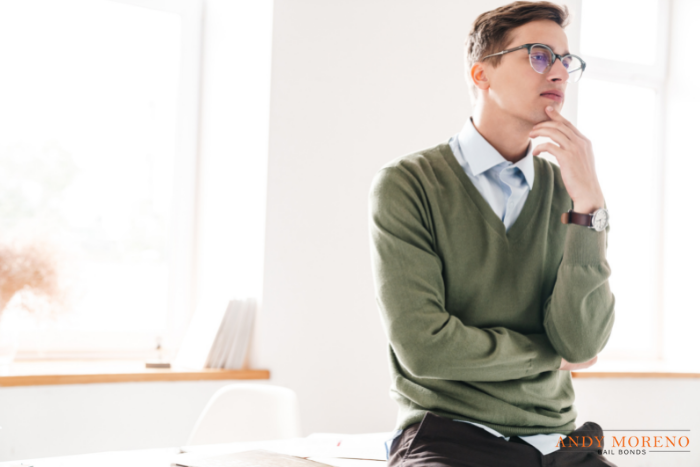 Most people don’t spend too much time thinking about the difference between a felony and a misdemeanor. That changes if you or a loved one is arrested. As soon as you hear that they’re being charged with a felony, you start to panic and wonder how the seriousness of the charge will impact everything, including your ability to get a California bail bond.

The bad news is that the bail is usually higher for a felony arrest. This means you’ll need a bigger bail bond. It also means that the 10% you’ll have to pay for the bail bond will likely be more than the fee you’d pay if you were only charged with a misdemeanor.

The good news is that felony charges don’t prevent you from qualifying for a California bail bond. Here at Andy Moreno Bail Bonds in Porterville, we have a great deal of experience providing bail bonds for individuals who have been charged with a felony.

Some felonies have a standard bail attached to them. If you’ve been charged with one of these, you can contact us and arrange to have the bail bond posted almost as soon as you’ve completed the booking process.

Other felonies, or in cases that involve multiple felony charges, you’ll likely require a bail hearing. While we can’t provide you with a bail bond before the hearing, you are free to contact us, to sign a contract. The advantage of contacting us before the bail hearing is that we can have everything ready to go. As soon as the bail hearing concludes, we’ll write the bail bond. The bail bond could easily be processed before you’re returned to your cell.

When you contact Andy Moreno Bail Bonds in Porterville, you will enjoy dealing with a company that has decades of experience writing California bail bonds for people who were in the exact same position you’re currently in. We have a golden reputation for being compassionate, discrete, and very quick when it comes to writing bail bonds.

The reasons you should contact us about a California bail bond following your felony arrest include:

We provide free consultations 24/7 which is a great way to learn about Andy Moreno Bail Bonds in Porterville and how the California bail bond process works. All you have to do is call 559-685-1282 or click Chat With Us now. 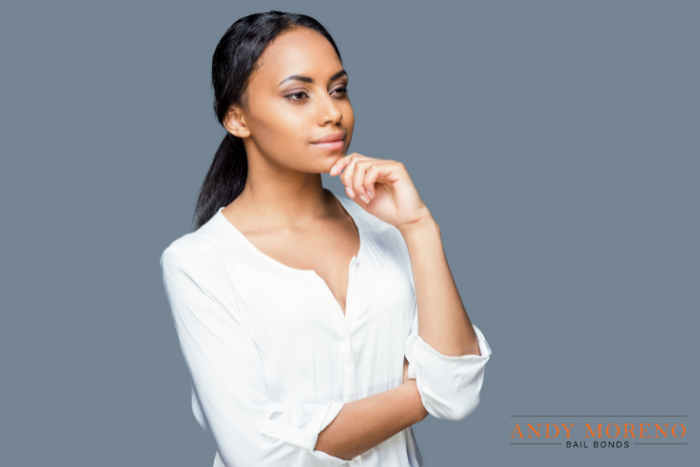 Does Bail Need to be Posted Right Away?

You’ve just gotten a call from a loved one. They’ve been arrested. They’re scared. They know how much bail is needed but they don’t have the funds available. You’ve agreed to help but aren’t sure how much time you have to act.

The first thing you need to do is stop and take a deep breath. You’ve got this!

Yes, your loved one wants to be released from jail as quickly as possible but that doesn’t mean you can’t take a little time and think about the situation. The good news is that you’re loved one’s bail doesn’t have to be posted right away. Yes, they may have to spend a few more hours or days in jail, but they’ll be fine. Bail doesn’t have a time frame. It can be posted right away or six months after you’re loved one was arrested. You’re free to take as much time as you need to decide how you want to handle the situation. You deserve to take your time and approach this project with a clear head.

The first thing you want to do is decide how you want to cover your loved one’s bail. Do you have enough money to cover the bail yourself or do you need the help of a California bail bonds agency? If you decide you need an agency, you’ll want to give yourself enough time to research all the local ones so that you can choose the one that’s the most reputable.

Once you’ve selected a bail bonds agency you want to work with, you must learn what kind of things you need to secure a bail bond. Find out if you’ll need a co-signer if you have to use anything as collateral, what your responsibilities are as the signer of the bail bond, and if you qualify for any discounts or payment programs. Make sure you ask lots of questions during your initial consultation with the agency.

Before you sign with a bail bonds agency, you need to have a serious conversation with your loved one. This conversation is to make sure you’re both going into this process with your eyes wide open. Make sure you discuss who is paying the 10% fee the bail bond agency requires, what is at stake if they fail to attend their court dates, what rules they have to follow while their out on bail, and what you expect them to do after they’re released from jail.

This is one of those situations where everyone must be on the same page. If you or a loved one finds themselves in need of a California bail bond, it’s in your best interest to contact Andy Moreno Bail Bonds in Porterville. We have a long history of helping people just like you.